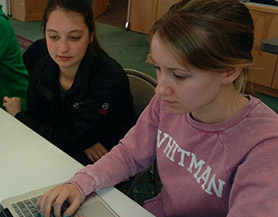 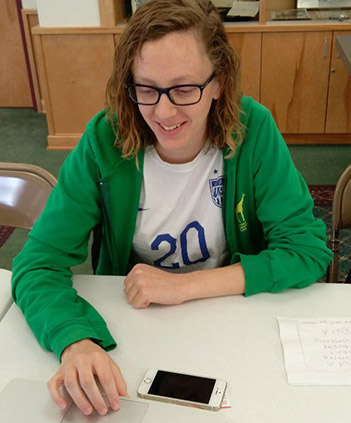 Sexual Assault Awareness Month (SAAM) is a time for us to reflect on how sexual assault affects our communities and take action to stop sexual assault. The Washington Coalition of Sexual Assault Programs estimates that 1 in 4 girls and 1 in 6 boys are sexually assaulted before the age of 18. Within their lifetimes, in fact, more than one‐third of all women in Washington State will be sexually assaulted.

On April 4, the YWCA of Walla Walla kicked off the month with a work session joined by Jane Carmody, director of Resident Life at Whitman College, and resident assistants Annie Want, Madison Munn, Tara McCulloch (also the president of FACE), and Erin Coffey. Carmody called the work session an opportunity to learn about a great community resource here in Walla Walla and to help plan events for SAAM. “These events are really important because they shed light on an issue that not a lot of people feel comfortable talking about. It is very necessary to start talking about these issues because it affects all of us.”

“Having these powerful young women join us to work against sexual violence was an inspiration,” said Anne-Marie Zell Schwerin, YWCA of Walla Walla Executive Director. “They gave us some great ideas for the month and provided perspective from the age group most often affected by sexual assault.”

All this month: Watch the YWCA Facebook page for event information, and share YWCA posts about the topic of sexual violence and consent.

“We all have important contributions to make in creating a world free of sexual violence,” said Schwerin. “The YWCA hopes that community members will turn out in force to lend their voices to the effort.”