“On Main between 2nd and 3rd,” says YWCA Executive Director Anne-Marie Zell Schwerin, “a past YWCA board member came out of an office with tears in her eyes and told me how amazing the shoe displays were.” 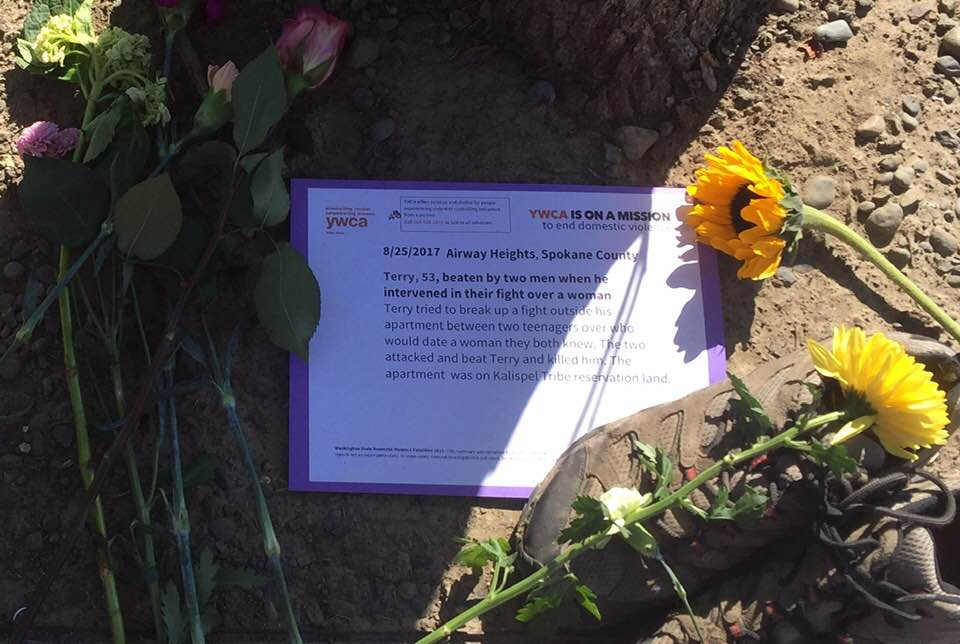 This was only one of many responses to the stories and corresponding shoes distributed downtown by YWCA Walla Walla with help from Walla Walla University student volunteers on Wednesday, Oct. 17. Part of Domestic Violence (DV) Action/ 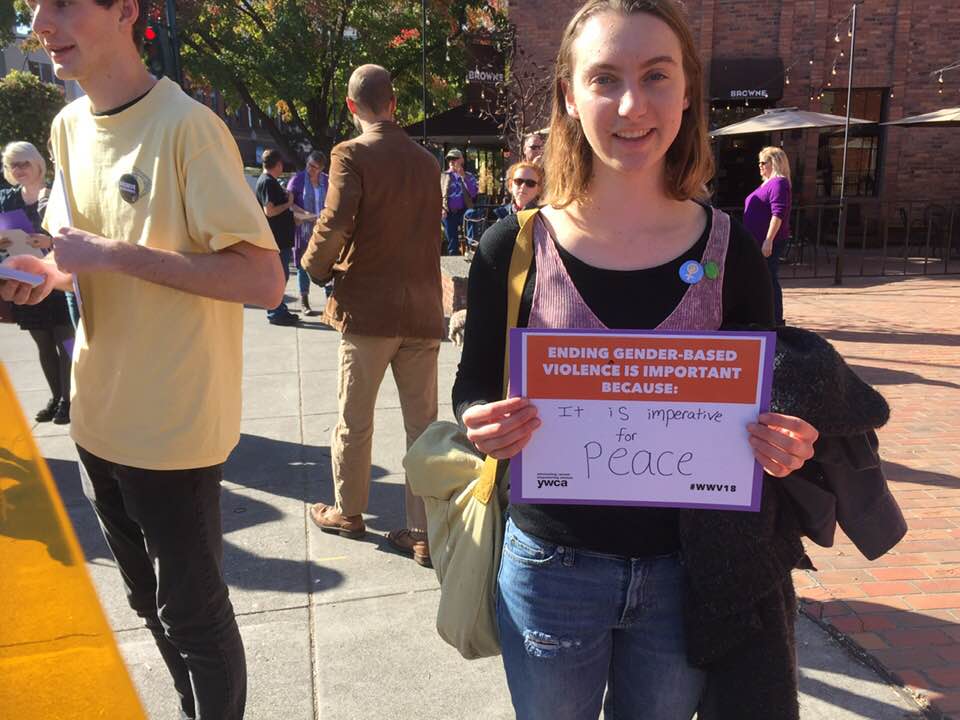 Awareness month, the 52 stories were compiled by the Washington State Coalition Against Domestic Violence from published news accounts of all the fatalities, a total of 70, attributed to DV in Washington state during 2017.

Our past board member watched several people see the shoes and react to them, says Anne-Marie, and said it made her feel proud to be part of the YWCA.

“These stories are never easy to read,” says Jan Asher Dolph, YWCA Communications Coordinator. “Going through the 52 narratives, I felt oddly  grateful that this year included no law enforcement officers and ‘only’ one child, a 5-year-old boy whose father killed him and his mother before killing himself. Holding a child’s shoes and knowing they represent an actual little life lost — there are no words.”

“A woman came up to me and thanked me for bringing attention to this most important issue,” says Mary Byrd, YWCA Client Services Director. “She wanted a purple ribbon and a button to take back to work since she couldn’t join us.”

The “Take Steps Against Violence” walk took place over the lunch hour, starting at Land Title Plaza and marching through downtown to the Walla Walla County Courthouse.

Most walkers — and even a couple of dogs — wore purple, the color of domestic violence awareness. At the courthouse, county commissioners read a proclamation making October Domestic Violence Awareness Month.

Also at the Courthouse was Don Estes, uncle to one of 2017’s fatalities, Tina, a beautiful young  mother to four small children, who was murdered by her boyfriend on Thanksgiving. Don 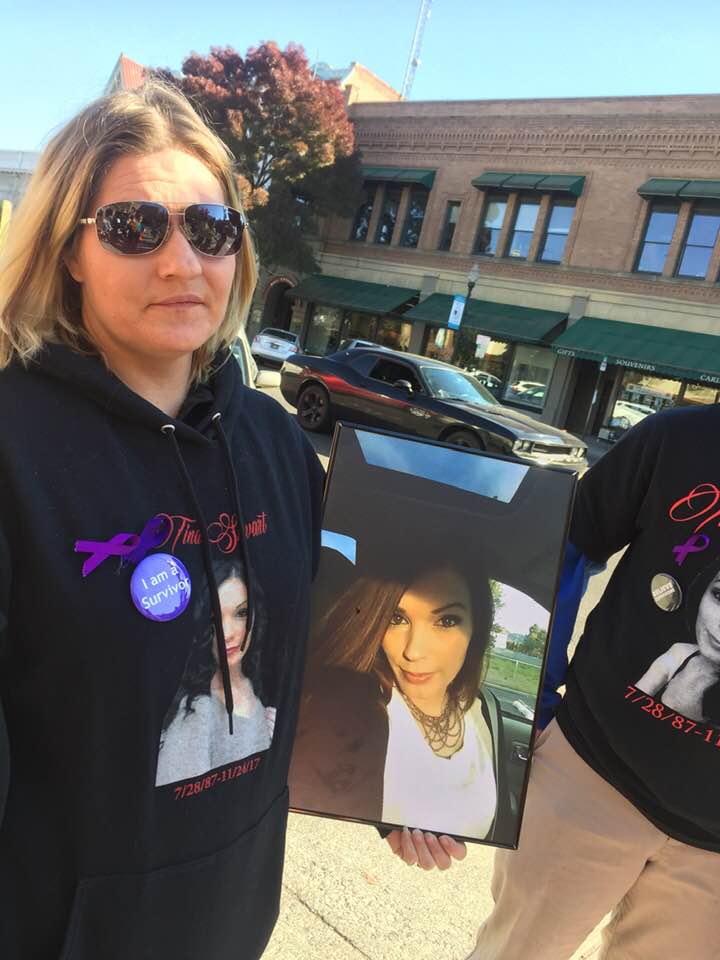 spoke movingly about the kind of woman Tina was and shared how much her family misses her. Five of Tina’s relatives participated in the walk wearing special shirts to celebrate a remarkable life tragically cut short. 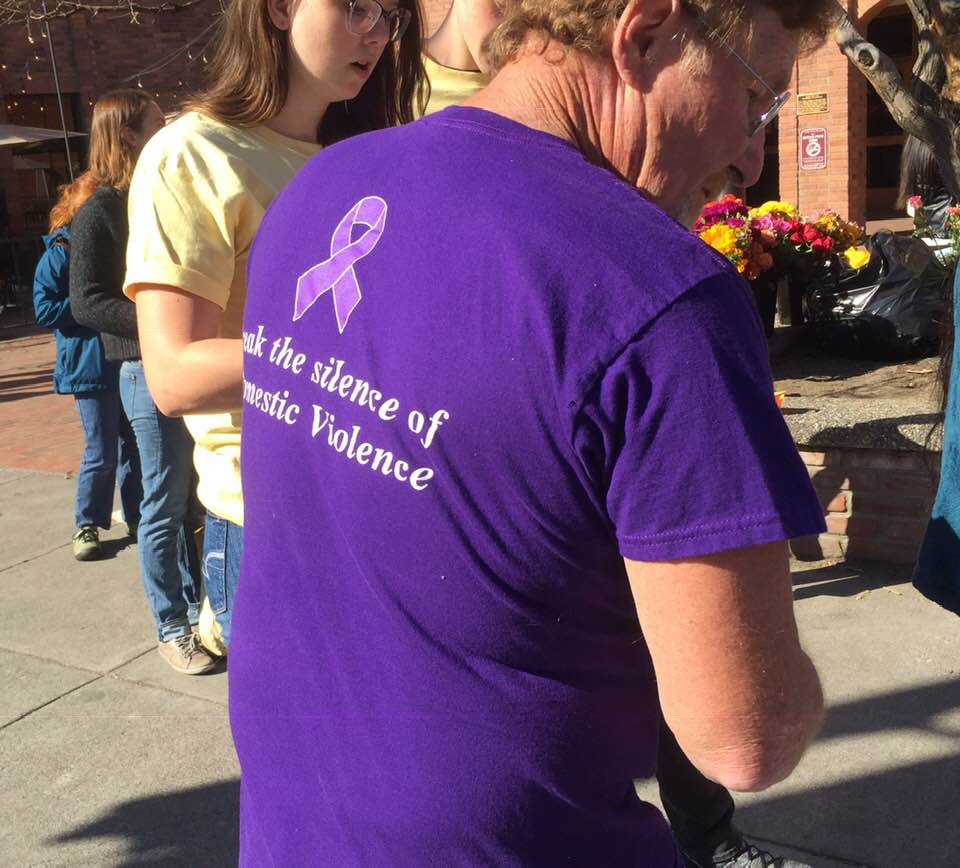