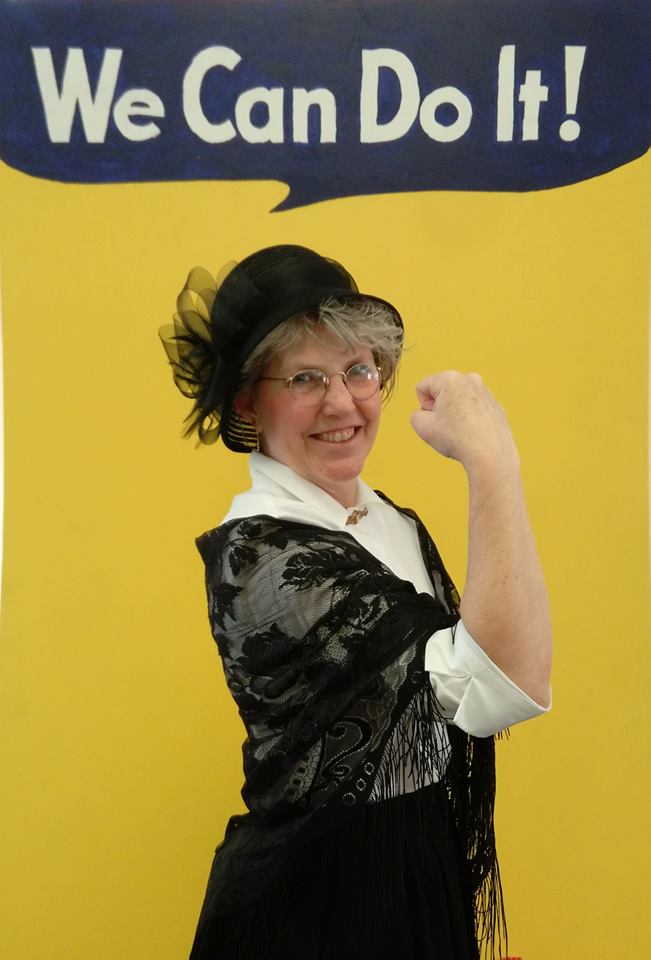 The YWCA annual meeting this year took place on Feb. 6, in the reception room. About 75 attended ranging from board members and staff to volunteers.

Shelly Franklin, a YWCA volunteer, portrayed Mary Shipman Penrose, who founded the YWCA Walla Walla chapter in 1917. Shelly gave a brief history lesson on our Founding Mother’s involvement with the YWCA both nationally and locally.

Those recognized at the meeting for outstanding work included Bonnie Bowton, Allison Kelly, the Whitman SCORE Team, and Tabitha Vance.

Bonnie Bowton has been a volunteer with the YWCA for some time now and was recognized for her service to the team. She’s been involved in the annual phonathon and numerous fundraising events. Anne-MarieZell Schwerin, executive director, calls Bowton “my inspiration since 1984.” Nancy Butler, events coordinator, adds, “She’s been a champion.”

The Whitman SCORE team, a group of Whitman student volunteers who’ve become our go-tos when we need a hand, helped load a Goodwill truck with out-of-season clothing and other extra items. Goodwill then issued vouchers that our clients can use to shop for what they need at the Walla Walla or Tri-Cities stores.

Tabitha Vance, the director of My Friends House, was also recognized at the annual meeting. She and her staff took on the extra work and training to attain the Washington Early Achievers certification. To learn more about Early Achievers go to wa.childcareaware.org.

After the recognitions, Brenda Michels launched the Next Century Fund. This fund is our endowment, where donations go when YWCA Walla Walla is designated as a beneficiary to a donor’s estate plans or retirement account.

“Making an annual gift to the YWCA is very important,” Brenda said, “but I also wanted to think about the future of the organization. By designating the YWCA as a beneficiary to a percentage of my retirement account, I helped ensure that the work of the YWCA will continue for years to come.”

The last topic of the meeting was the launch of the book Inspired: The Women In Our Lives. The book project started this year and the proceeds will go towards the Next Century Fund.

An 8.5-inch-square soft cover book, Inspired will be a full-color collection of “women who inspire” as a tribute to these remarkable women and to YWCA’s first 100 years in Walla Walla. To learn more about Inspired: The Women In Our Lives, click here.

We are more than a third of the way to reaching our goal of 100 women, and the collection so far includes women who were movers and shakers everywhere from PTA meetings to their churches to the house. (And the Senate!)

Submissions for the book are due May 31.