Nancy receives her award, including a crown for the “Queen B”

The text of Claire’s presentation follows:

This year’s Leader of Distinction is a teacher who got involved with the YWCA in 1980.  She would want this to be cheerful and brief, so I will just hit a few highlights. The YWCA had made it a priority to build an afterschool “Latch Key” program to keep kids safe and occupied in the hours before parents got off work. This program was the precursor to Adventure Club, a thriving program that still serves kids year-round with care during school breaks and after school.  She worked with Peggy Sanderson, YWCA Executive Director at the time, to increase attendance and funding for the program. Peggy calls her “a natural” with children and thinks they loved the director so much they often were a little sad to go home. While working in the afterschool program, she was introduced on a blind date to the love of her life and married him in 1985. 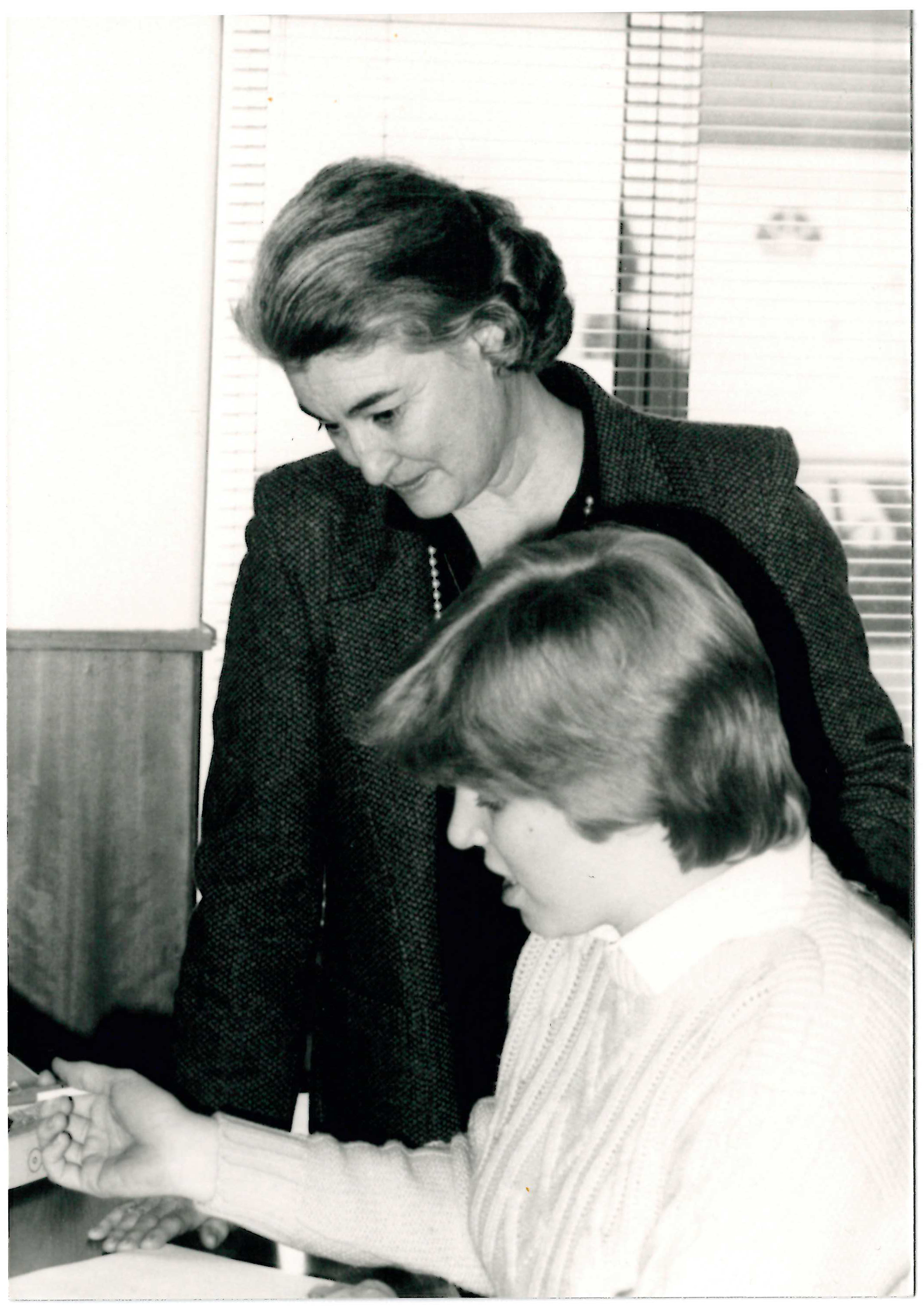 Nancy at the YWCA in the early 1980s with Peggy Sanderson

In 1987 she left YWCA and became Executive Director for Campfire until 1989 and for the Walla Walla Hospice until 1991. They started a family in 1990, so she spent several years doing in-home childcare and teaching preschool at Walla Walla Community College and Assumption Catholic School.

She made her way back to the YWCA in 1997 where she sold “Gourmet Gifts” and later became the Director of My Friends’ House until 2008.

From 2008 to 2014, she worked as director of the Columbia County Community Network. She coordinated the placement of high school students with local merchants as part of the school internship program. She was instrumental in helping to write and secure a federal Community Anti-Drug Coalitions of America (CADCA) grant for Columbia County, allowing the county to set up a drug and alcohol resistance program for the youth of the community.

Proving Anne-Marie right that “we never say goodbye at the YWCA” she returned as events coordinator in 2014 and retired last year near the end of YWCA Walla Walla’s centennial to focus on being Grandma to Damien, Domenik, and Diego.

By now you know, of course, that I am talking about Nancy Hendricks Butler, our 2018 Leader of Distinction, in recognition of the significant difference you’ve made in the lives of women and children in the Walla Walla Valley and in appreciation for your years of service to YWCA Walla Walla.