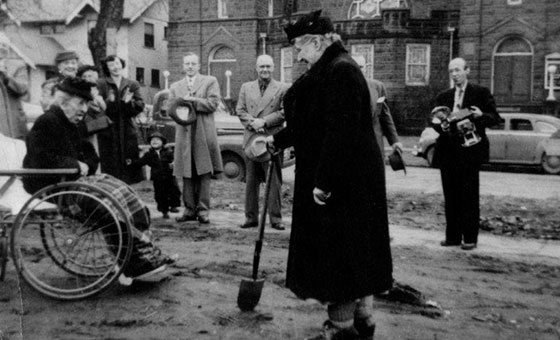 YWCA Walla Walla is dedicated to eliminating racism, empowering women and promoting peace, justice, freedom and dignity for all.

Through a broad range of programs and services, the YWCA of Walla Walla has been enriching the lives of women and their families since 1917. YWCA Walla Walla was founded by Mary Shipman Penrose, a member of the YWCA national board and the wife of Whitman College president Stephan B. L. Penrose. Our location at First and Birch streets was built in 1950 and remodeled 2000-2001.

The YWCA started Adventure Clubs, its first licensed afterschool childcare program, in 1980. At that time, it was known as the Latch Key afterschool program. My Friends’ House Childcare Center, serving pre-kindergarten children ages 1-6, started in 1987. My Friends’ House now occupies a new facility built in 2000, just around the corner from the main YWCA office.

The YWCA Ice Chalet—until it closed in 2014, the only ice rink owned by a YWCA anywhere in the world—was built in 1965 with a gift from Eugene Tausick and provided nearly 50 years of community fun.

Mariposa, a leadership development program for fifth-grade girls, began in 1997. Partnered with the City of Walla Walla Parks and Recreations program, the Fun Factory grew out of a city summer recreation program that serves children who would otherwise lack access to healthy summer activities.

The YWCA Domestic Violence and Sexual Assault Resource Center serves Walla Walla and Columbia counties. Services in Columbia County began in 2004, when the YWCA established an office in the Dayton General Hospital.

The YWCA of Walla Walla is one chapter of a national organization comprised of almost 250 associations across the United States. Today, the YWCA represents 2 million women, girls and their families in the United States and 25 million women worldwide. YWCAs can also be found in more than 100 countries.

Throughout its history, YWCA USA has been in the forefront of most major movements across the United States as a pioneer in race relations, labor union representation, and the empowerment of women. Founded in 1858 and headquartered in Washington D.C., the YWCA is the voice for every woman. The YWCA is where women turn to join a dynamic community united by a passion for positive social change, racial justice and economic empowerment.

More about the World YWCAv